Transport infrastructure of the city

The location of the transport nodal points can be seen in the territorial plan of the city (see the cartographic appendix No.2).

Another problem of the city infrastructure is the lack of public parking lots, especially in the central part of the city. This can be attributed, to a great extent, to the narrow streets in the historical centre of the city, where the majority of the social and public administrative objects are situated. In perspective the present issues may be solved in collaboration with entrepreneurs. 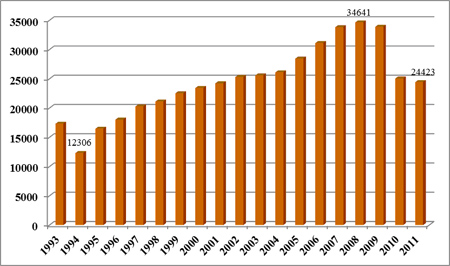 The number of vehicles in Daugavpils (lorries, buses, automobiles)
Source: data of the Central Statistical Bureau of the Republic of Latvia

No cycleways have been constructed in Daugavpils. Taking in consideration the current traffic situation in the city, which is influenced by the increasing number of vehicles, the large number of higher educational establishments, the growing popularity of cycling tourism, cycleways would be very necessary. The territorial plan envisages tobegin designing and construction of the cycleways.

Though the territorial plan of Daugavpils contains proposals for construction of cycleways and their connection with the EIROVELO network, the infrastructure of cycleways in Daugavpils is not developed yet. Considering the great number of students that live in Daugavpils and the fact, that summerhouses are located in the suburbs of the city, it would be very useful to construct the cycleway network in the city. 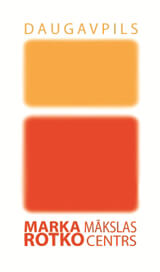 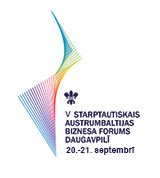 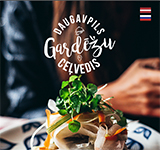