BRIDGE - Building Relationships into a Democratic Goal for Europe 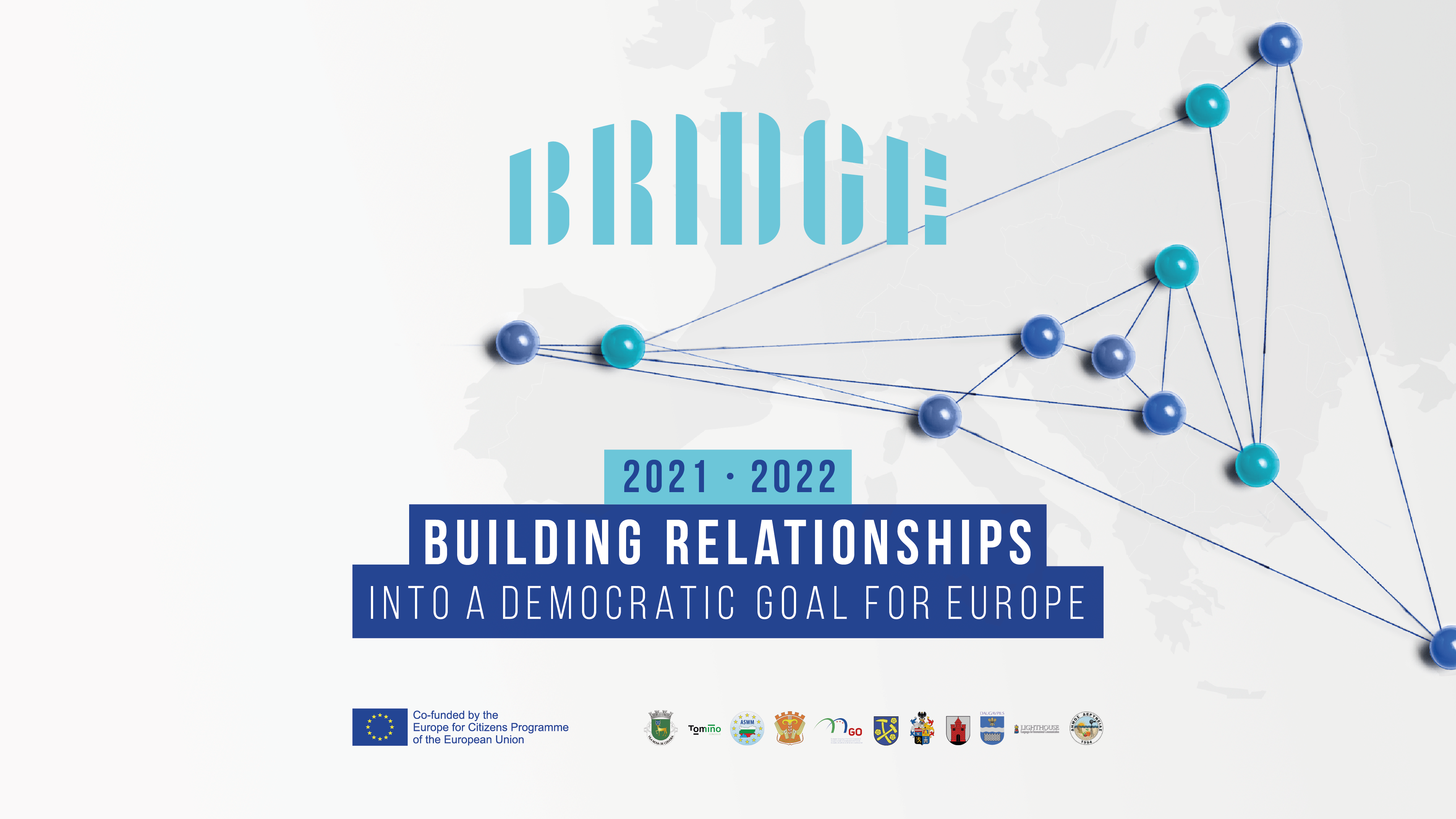 Under the overall aim of bringing the Union closer to citizens the general objectives of the Programme are: - to contribute to citizens' understanding of the Union, its history and diversity; - to foster European citizenship and to improve conditions for civic and democratic participation at Union level.

SPECIFIC OBJECTIVES Specific objectives shall be pursued on a transnational level or with a European dimension: - raise awareness of remembrance, common history and values and the Union's aim that is to promote peace, its values and the well-being of its peoples by stimulating debate, reflection and development of networks; - encourage democratic and civic participation of citizens at Union level, by developing citizens' understanding of the Union policy making-process and promoting opportunities for societal and intercultural engagement and volunteering at Union level.

In this specific action, municipalities and associations working together on a common theme in a long-term perspective may wish to develop networks of towns to make their cooperation more sustainable. Networking between municipalities on issues of common interest appears to be an important means for enabling the exchange of good practices.

Twinning is a strong link that binds municipalities; therefore, the potential of the networks created by a series of town twinning links should be used for developing thematic and long-lasting cooperation between towns. The European Commission supports the development of such networks, which are important for ensuring structured, intense and multifaceted cooperation, therefore contributing to maximising the impact of the Programme.

The BRIDGE Project is coordinated by the Municipality of Vila Nova de Cerveira and is financed by Europe for Citizens program, action – Network of Towns. The BRIDGE - Building Relationships into a Democratic Goal for Europe project, made up of 11 organizations from 10 countries and was designed taking into account the territorial context – integration of cross-border organizations/municipalities. Based on this geographical reality, the consortium shares the same desire to promote cross-border citizenship and social cohesion across borders. This drive for cooperation is realized through addressing two of the main phenomena affecting the European Union: Euroscepticism and xenophobia. Given the extent of these problems across Europe, the consortium will have the opportunity to debate these issues and propose potential solutions and/or share best practices and experiences that each delegation adopts to address the phenomenon. Also aiming to strengthen the feeling of solidarity between European members and neighbouring countries, reinforcing the spirit of solidarity among citizens, all debates and discussions will be held in a climate of cooperation. During the project's execution (until October 2022) the partners will analyse the causes that fuel the widespread xenophobic feeling in many countries, presenting possible solutions to ensure that the European Union's cross-border regions can, through their own means, improve European citizenship . Solutions can be found in researching tools to combat ignorance, such as media literacy, counter narratives, as well as sharing cross-border projects that promote European citizenship such as the Eurocity Project – Cerveira (PT)– Tomiño (SP).

TOPICS TO BE ADDRESSED AT MEETINGS

In the context of international meetings, the aim is to address the following themes, among others:

Project news about 3rd event of BRIDGE project held in held in Nova Gorica, Slovenia on May 23rd -26th