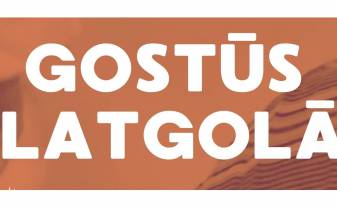 Daugavpils Shmakovka museum is a 5 years old exhibition. Since the opening the museum has become a magnet for Daugavpils tourists, a center of the representation of Latgale culture and culinary heritage, with the possibility for all residents and guests of the city to explore Latgale's traditions, experience and history.

Throughout July 31 from 12 pm up to 10 am various activities will be held on the Unity Square in Daugavpils: Latgale Home Producer Market, culinary masterclasses from Daugavpils National Associations and other.

There will also be a “Hi!Story:Latgola” - city orientation game, during which it will be possible to find out more about outstanding people born in Daugavpils and Latgale, to explore Latgale's traditions, culinary and cultural heritage.

“Hi!Story: Latgola” is a city orientation game. Everyone can participate - families, seniors, children, young people. Participants needs to plan their own route, which can be travelled by any type of transport or by foot. As a part of the stake, a Latvian Antique Car Club (ACC) will travel around Daugavpils. AAC members will take a retro car parade trip in Daugavpils and will hold an exhibition of Soviet time vehicles at the Union Square and in Daugavpils Fortress.

The information was prepared by: